If you have spotted black mould around windows or patches on the walls and ceilings your first priority should be to get rid of it.

Black mould has been shown to be harmful to health and the NHS state that if you have black mould in your home you are more likely to have respiratory problems, respiratory infections, allergies or asthma.

If a home does not have a continuous supply of fresh air into it the relative humidity rises, and the internal atmosphere quickly becomes full of airborne moisture. Eventually this build up of water in the air leads to condensation forming on the colder surfaces of a property including windows, corners of rooms and cold walls.  This condensation moisture is pure water which mould just loves to grow on!

Black mould will continue to develop until it’s cleaned and removed from around the windows. However, dead spores can be just as harmful to our health, so it’s important that you take care when getting rid of it. 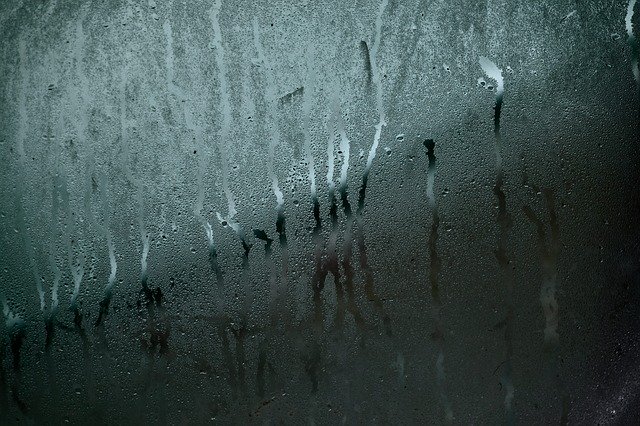 Mould on window frames is one of the common places to find mould in a home. This is because the windows are relatively cold compared to rest of the room leading to any condensation forming on the window pane. Water running down window glass is a very common sight in bedrooms first thing in the morning.

The mould will typically be found on the frame around the glass and it seems to love the rubber seals around uPVC. It is important to note that on uPVC the mould cannot really damage the window but of course it can cause health problems for the occupants. If you have wooden window frames then extra care should be taken as some types of mould will feed on the wood causing damage to the frame.

When removing mold from your windows, it is important to understand that safety comes first, you don’t want to spread the mould spores around the house even more.

How To Stop Black Mould Around Windows Long Term

Washing off mould with bleach or a specific anti-mould product such as HG Foam Spray will help in the short term. However, in the long term mould will keep coming back if the conditions are right.

Below are our 9 top tips for preventing black mould around windows. Some can be actioned right away, while others may need a little bit more time or financial investment.

Ask any damp surveyor what is the cause of condensation mould in a home and they will say “drying clothes inside”. It is the absolute number 1 cause of excess moisture in the air which leads to mould.

Wherever possible dry clothes outside or use a tumble dryer. We totally understand that for some this is not always going to be possible, tumble dryers can be expensive to run and it rains a lot in the U.K. One simple option can be to dry clothes in one room only and keep the door to this room shut and the windows open, letting the moisture float outside and not into the rest of the home.

Clothes drying racks fixed to the ceiling over the bath over the bath used to be popular but they seem to have gone out of fashion. However, folding ones like this which fit over the bath allowing you to dry clothes exclusively in the bathroom could really help.  If you use this remember to ALWAYS keep the bathroom door shut and the bathroom windows open.

Air needs to be able to flow freely around a property to almost mix up the levels of moisture and temperature. When the air flow is restricted by lots of STUFF piled up in rooms some areas of wall are likely to be cooler than other areas and the air will just not move as well. This can lead to the moisture levels building up and the mould on windows will increase.

The picture is a bit of an extreme example! 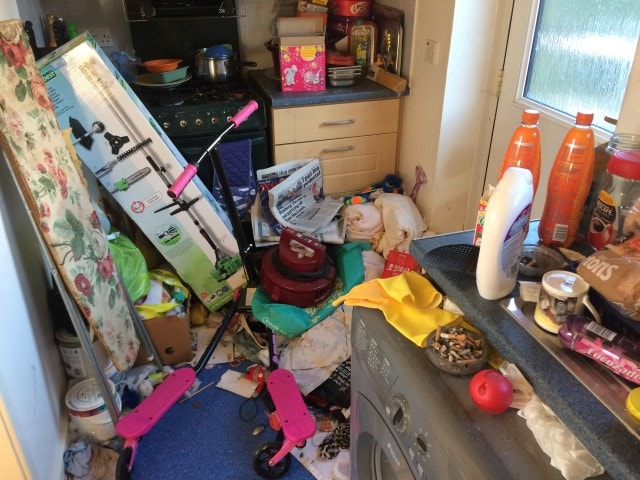 This one is so simple, yet like  drying clothes outside, it has a huge impact on the amount of black mould around windows and elsewhere around the home.

What homeowners often fail to realise is that steam from the bathroom showers will float around the house until it finds a cool bit of wall to condense on. If your home is well heated then this could be pretty far away from the source of the steam! As windows are generally always colder than the surrounding wall the condensation will often form on these leading to black mould problems later on.

4. Increase Fresh Air In The Home

The solution is dilution! If you have too much condensation in your home then an easy way to reduce the amount of the water in the air is to add more air to the property. Quite simply, open the windows more often preferably on opposite sides of the property to create a flow through effect.

We regularly have customers or tenants complaining that they can’t leave windows open as they live in a dodgy area. Something people often don’t realise is that pretty much all uPVC windows can be locked while open a little bit as they have a double catch system fitted. Try opening your windows and locking them open a crack. 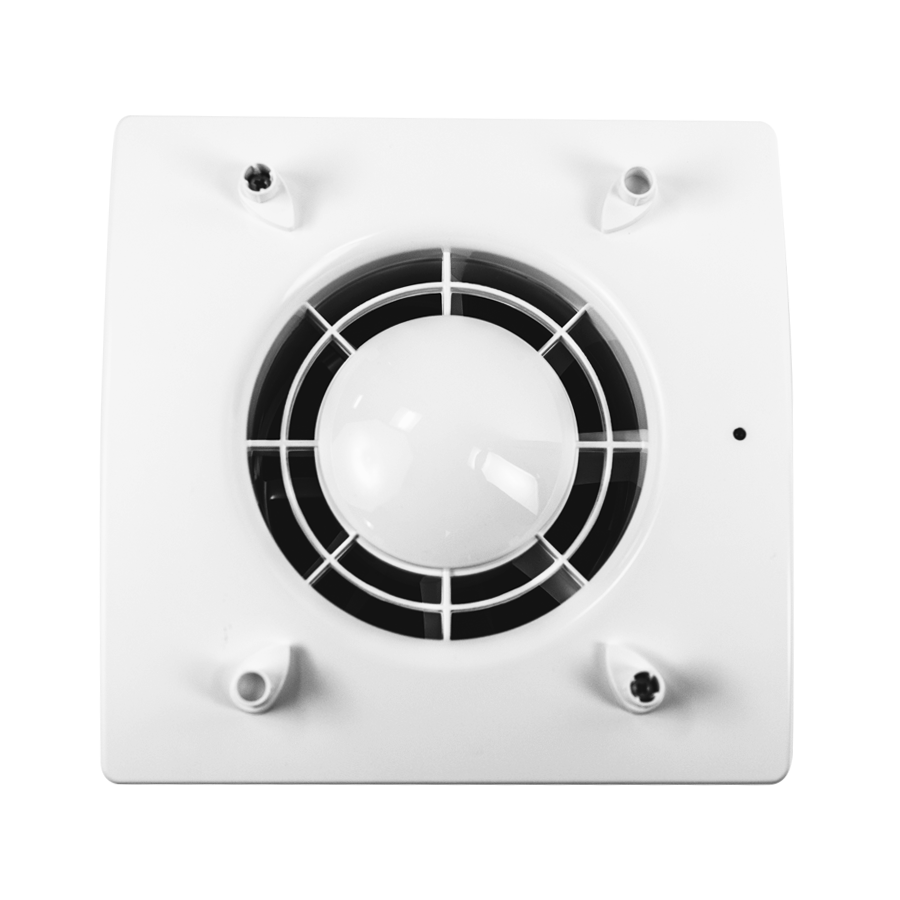 Mechanical extractors work by removing the condensation from the air at the source. This means that Damp Genius would typically install these items in your kitchen and bathroom to suck out the damp air before it can cause mould on the windows.

Your installer should fit units which meet the current building regs approved code of practice. We recommend that continuous running extract fans are fitted which boost when the water in the air (relative humidity) reaches a high level.

Black mould around windows often occurs in the bedrooms due to the amount of condensation seen on windows in the morning. If you find that it is common for water to be running the glass in the morning then this tip is for you!

The key thing to remember is that overnight an adult will breathe/sweat out 1 litre of water into the air, if their are two adults in a room that is 2 litres of water which has to go somewhere. Opening the windows will let fresh air into the room and stale air out reducing condensation and as a added bonus you could find you get a better nights sleep. This report from Healthline suggests reducing the CO2 in the room can help with sleep.

We regularly have customers or tenants complaining that they can’t leave windows open as they live in a dodgy area. Something people often don’t realise is that pretty much all uPVC windows can be locked while open a little bit as they have a double catch system fitted. Try opening your windows and locking them open a crack.

Often we find that the measures above are having a limited impact on the black mould around windows and elsewhere in the property. In this situation the gold standard solution is to install a Positive Input Ventilation PIV unit which is a fancy way of saying a fan which blow air into the property instead of a fan which suck air out.

These work on the principle that dilution is the solution. While the system is pushing fresh, filtered air into the property it will naturally push lower the amount of moisture in the air, pushing damp air out of the natural vents in the property. 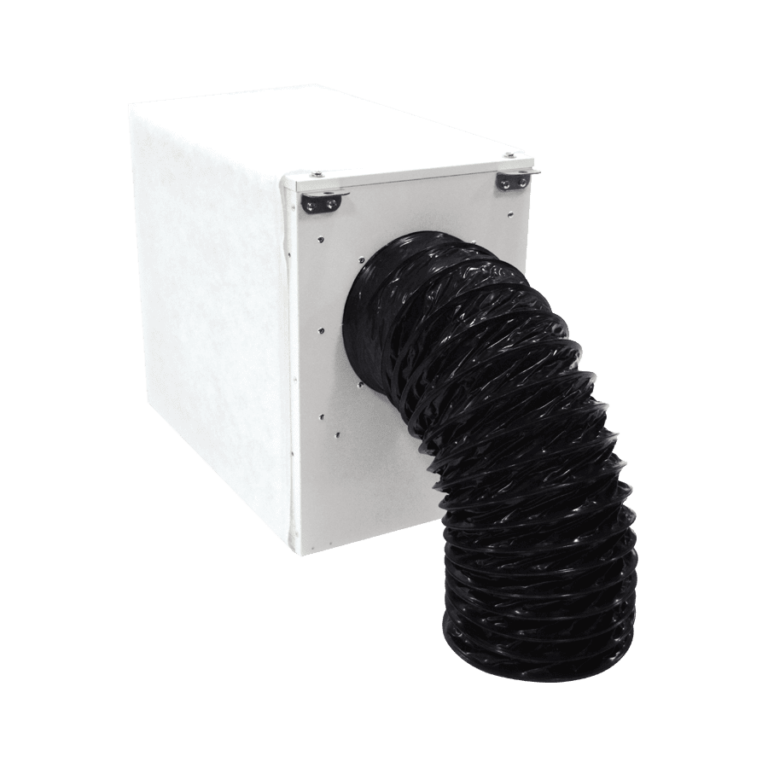 This is a simple tip which you can action today. Mould is a living thing which will keep growing in the right conditions, left unchecked it can get  out of control.

Once you have a case of black mould on the windows or elsewhere it is important to kill it to prevent further spread. Follow the steps noted above to do so.

For landlords who find a serious case in a rental property Damp Genius offer a comprehensive mould removal and redecoration service. Contact us using the form on this page or the email right at the top for more information.

9. Use Your Cooker Hood Extractor

This last tip for reducing black mould is so simple yet many people forget to do it. Using the extractor hood above your cooker will suck the steam from cooking right out of the building before it has a chance to cause problems with mould.

Most homes have one of these installed, however, there are two types so be sure to check yours in an extractor not simply a filter. Generally this is easy to do by popping out the cleanable grill sections and peering into the hood – if you can see a 6″ pipe going into the wall then it is an extractor and you are good to go.

Those were our top tips for 9 ways to reduce black mould around windows. You will have noticed that some of them aim to reduce condensation and mould throughout the house and this is because black mould must be looked at as a whole house problem.

If there is one takeaway from this article it should be that reducing the causes of moisture in the air will reduce the amount of black mould around windows and elsewhere in your home.

You can contact us using the form below or any of the contacts at the top of this page. We will be pleased to discuss your damp issue and then, if needed, we will arrange a suitable time to visit to prepare a quote or carry out a survey. 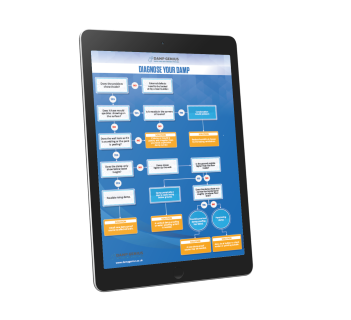 Not sure where to begin? Our completely free flow chart tool will help you easily diagnose your damp problem. Save yourself time by understanding what the problem really is before you contact a specialist. Enter your details below to instantly download the flowchart and guide book.

We guarantee to give sensible and honest advice regarding the best way to solve your damp, condensation or mould problem. Damp Genius offer many varied solutions designed to give you complete control over the budget and extent of any works.

We use cookies on our website to give you the most relevant experience by remembering your preferences and repeat visits. By clicking “Accept All”, you consent to the use of ALL the cookies. However, you may visit "Cookie Settings" to provide a controlled consent.
Cookie SettingsAccept All
Manage consent

This website uses cookies to improve your experience while you navigate through the website. Out of these, the cookies that are categorized as necessary are stored on your browser as they are essential for the working of basic functionalities of the website. We also use third-party cookies that help us analyze and understand how you use this website. These cookies will be stored in your browser only with your consent. You also have the option to opt-out of these cookies. But opting out of some of these cookies may affect your browsing experience.
Necessary Always Enabled
Necessary cookies are absolutely essential for the website to function properly. These cookies ensure basic functionalities and security features of the website, anonymously.
Functional
Functional cookies help to perform certain functionalities like sharing the content of the website on social media platforms, collect feedbacks, and other third-party features.
Performance
Performance cookies are used to understand and analyze the key performance indexes of the website which helps in delivering a better user experience for the visitors.
Analytics
Analytical cookies are used to understand how visitors interact with the website. These cookies help provide information on metrics the number of visitors, bounce rate, traffic source, etc.
Advertisement
Advertisement cookies are used to provide visitors with relevant ads and marketing campaigns. These cookies track visitors across websites and collect information to provide customized ads.
Others
Other uncategorized cookies are those that are being analyzed and have not been classified into a category as yet.
SAVE & ACCEPT 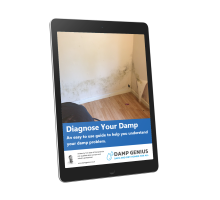